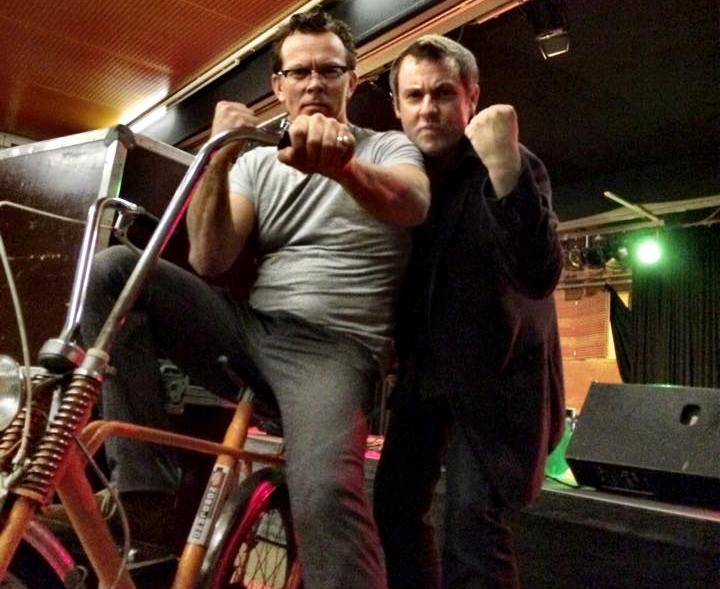 "About to leave the beautiful city of Kulfstein, such a groovy little place.

Bought a pair of drumsticks from the local music shop and 1 broke halfway through the first song in the soundcheck! The song we were playing is called 'One Touch' and I guess it was one touch too many for that poor stick!!

Anyway, about to leave for the last gig of the tour.

See you there Dornbirn!!
X"

And next day on the way to Dornbirn with Alex Nussbaumer. 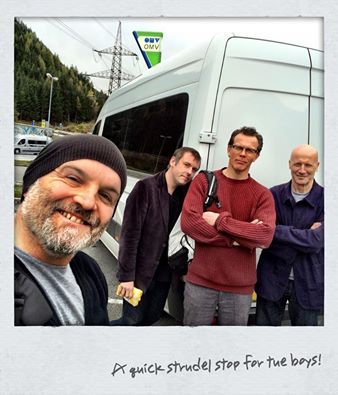