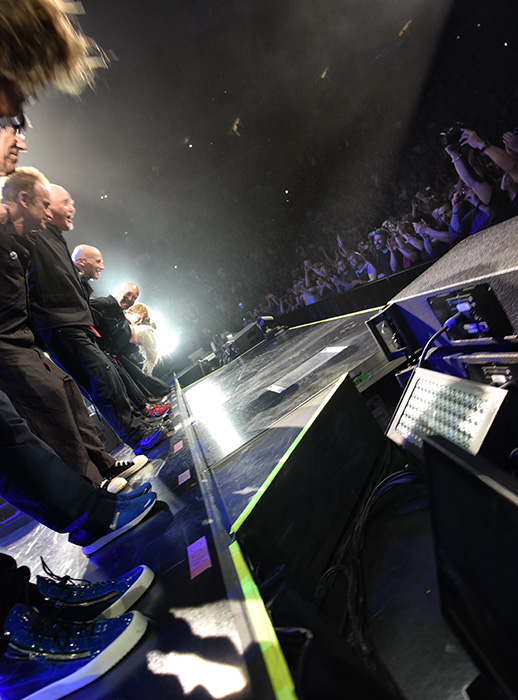 Time is fleeting... Midst of June the production part of tour preparations started, and bringing along some of the technicians who already worked on BTF. It's an amazing number of people needed for a production like this and a real lot of work to do! If you want to take a look at some of the guys go to T-Lev's fab road diary.

First run-through was on June, 19st in front of a small audience of friends - and no surprise: There seemed to be still so many things to work on and make better.   :-)

And on the 21st the tour kicked off with the first show at the Nationwide Arena Columbus! At times there is an amazing number of people on the stage. On a closer look you may realize that all members of Sting's band wear some blue details, all of PG's something red.

The first final bows show some happy faces! (Click on the photo to enlarge)