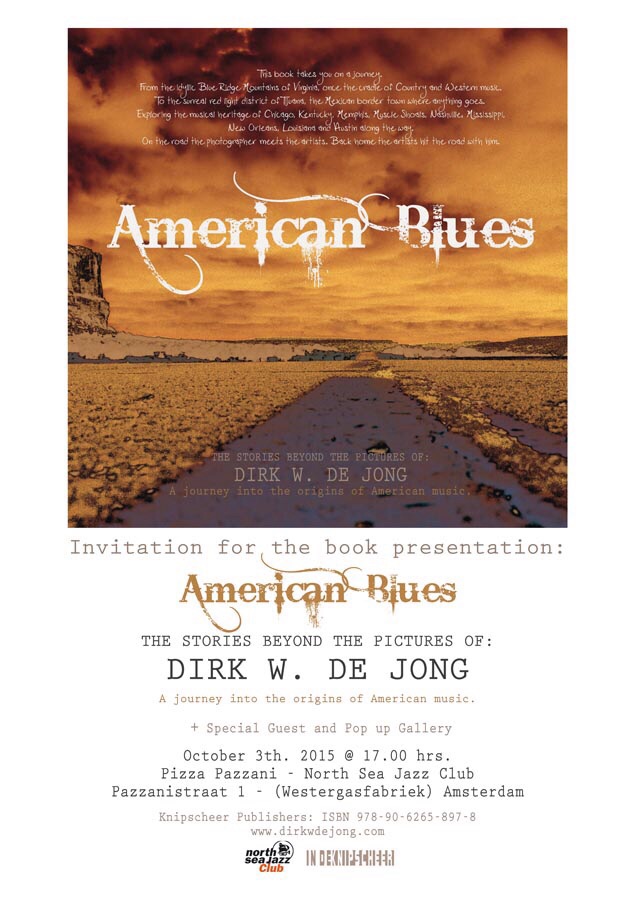 (Click on the photos on the right to enlarge)

We present to you a little selection of the shots taken a couple of weeks ago in and around house and studio when Dirk came over to Wiltshire to photograph David. Some of them we use already on the website as you may have noticed.

You may have seen some of his work – Dirk W. de Jong, well known for his amazing portraits of musicians like Ray Charles, BB King, Willie Nelson, Johnny Cash just to name a few.

For more than 25 years he is working with musicians who all sing music from their hearts, music that is deeply engraved in their background and experience. This October his book American Blues will be out. A 176 pages journey into the origins of American Music, the stories beyond the pictures, photos and texts by Dirk. The book also includes a free CD and free QR acquiesced for online video footage.

So if you happen to be in Amsterdam on 3rd October just stop by at the North Sea Jazz Club. Dirk told us that all guests are welcome!   :-)

But presumably you'll all be in Cardiff at the show anyway, bad luck for Dirk...   ;-)

When working Dirk creates an atmosphere that makes people become relaxed and totally be themselves – resulting in intimate intense - and sometimes maybe surprising - shots.

This August he came over to Wiltshire for a couple of days to work with David - another musician who sings music from his heart. It wasn't easy to find a bit of sunshine on these August days, but it all worked out nicely in the end.

Dirk about working with David: "It was easy! He was just being David. All you need for a good photo shoot!"

The final selection of shots consists of an amazing variety of portraits. And it also includes a video of David performing You Are The North Wind in his studio. This soon will be presented on David's YouTube channel.

Furthermore this shoot also served to compose a suitable photo for a campaign of Greenpeace International that David will be taking part in - details about this will follow shortly.

But maybe you have some ideas about what kind of Greenpeace campaign would be a good thing to be part of? Just tell us if you like.